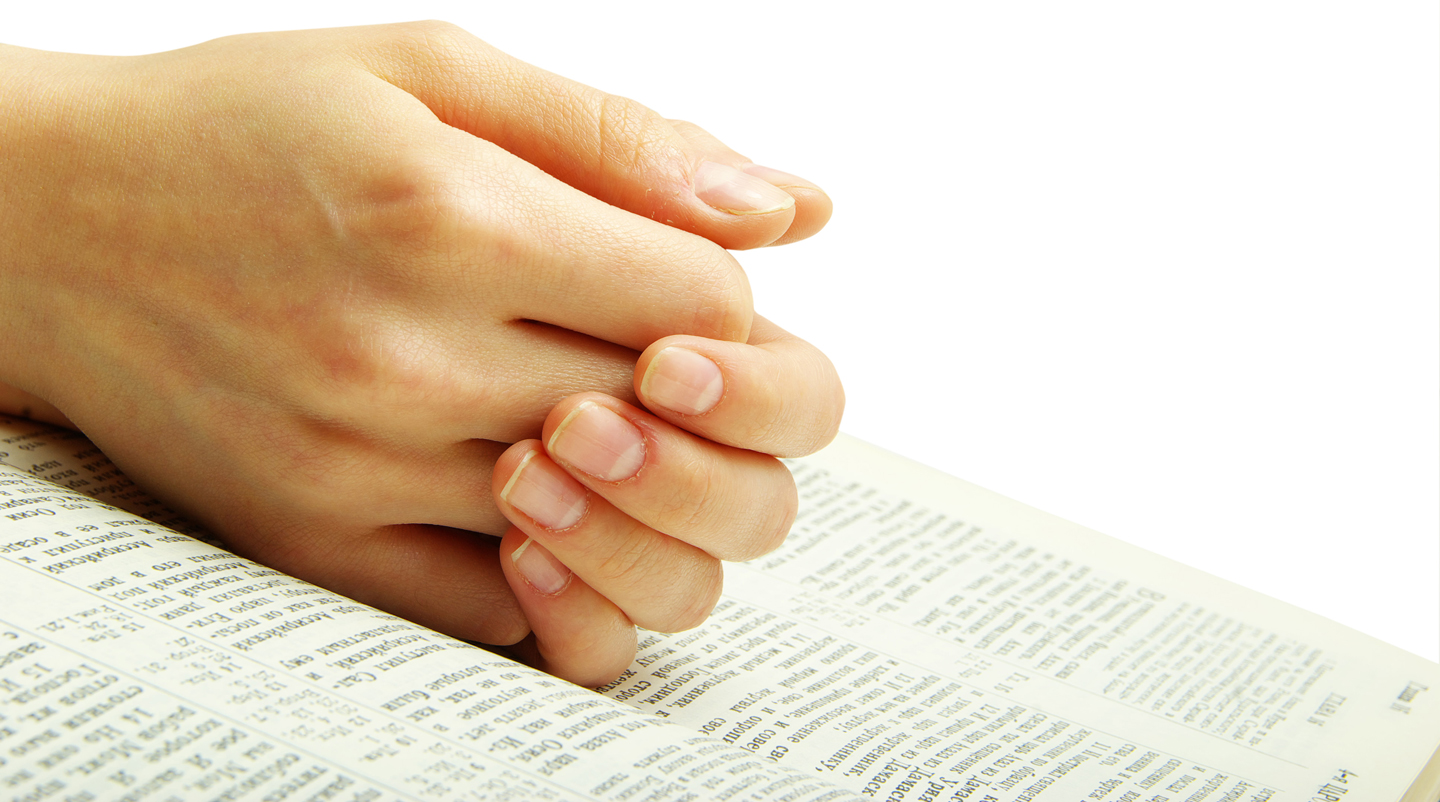 Happy Thanksgiving! Even to you not in the United States!

One of my favorite little-known sayings of the Prophet Joseph Smith was recalled by President Brigham Young in 1869:

I recollect hearing the Prophet Joseph say, many times in his day, that no greater sin was ever committed on this earth than the sin of ingratitude. (Brigham Young, Address, 10 October 1869, Deseret News Weekly 18 [1 Dec. 1869]: 507, to be published in Teachings and Sayings of the Prophet Joseph Smith, forthcoming from the Joseph Smith Research Institute).

Some may wish to qualify Joseph’s saying by interpreting the meaning of the word “greater” to mean “the most often committed sin,” rather than meaning “the most heinous sin.” True, the sins referred to as the unpardonable sin or the sin of murder with malice-aforethought: the former a sin for which there is no salvation in any kingdom of glory (Revelation to Joseph Smith, D&C 76:31–39); the latter, a sin that will eternally consign a person to no greater a place than the lowest kingdom of glory of Heaven, the Telestial kingdom. Of them the Lord revealed that their fate is sealed so that “where God and Christ dwell they cannot come, worlds without end” (D&C 76:112). It may therefore seem on the surface that the Prophet’s teaching on ingratitude does not refer to those two heinous sins. But to me, both meanings are correct: which is often the way of truth: between varying viewpoints of doctrinal for which, unfortunately, contention too often arises contrary to the Savior’s teachings (see, 3 Nephi 11:28–30).

Permit me to explain my thinking.

To begin with, certainly, ingratitude is the “most often committed” sin if you use the broad cover of disobedience and negligence as evidences of ingratitude. Ingratitude is a sin of all degrees of disobedience. As often as we do not offer our prayers to God, or honor his Sabbath, or neglect to fast fully (including an honest offering for the poor), or serve our brothers and sisters in visiting their homes and carrying a message of joy, gladness, and gratitude for the goodness of God the Father and His Son, Jesus Christ, so often as we do not these (and so many other) things, it amounts to ingratitude. Even when we are grateful for our blessings, but we are ungrateful for our trials which the Lord permits us to pass through, we commit the sin of ingratitude: for we forget that we have come here to be tested to see if we will do all things whatsoever the Lord shall shall command us (see Abraham 3:25). When we have this level of faith, we are empowered to shove aside the weight of other’s offenses towards us: for we know God’s promise to us is that He will wipe away all our tears (Revelation 6:9–11; 7:17; 21:4).

Thus, in the magnificent revelation on the Sabbath, we are not offended by his charge to us that “in nothing doth man offend God, or against none is his wrath kindled save those who confess not his hand in all things, and obey not his commandments” (Revelation to Joseph Smith, D&C 59:21, italics added).  Instead, in this glorious revelation on the beauty and delight of the Sabbath day as an agent of daily living of the gospel, the words of the Lord through the Prophet Joseph Smith—not quite so precisely echoed in earlier dispensations—assure us of the direct blessings of the Sabbath as our signal to God that we comply with a new commandment, “Thou shalt thank the Lord thy God in all things” (D&C 59:7). By this revelation to Joseph Smith, we are committed to seek . . .

So yes, gratitude is the key to all blessings on earth and in heaven.

But now I ask the question of you, “Who are the most ungrateful people in the universe?”

Let us begin with this remarkable teaching of the Book of Mormon as translated by the Prophet Joseph Smith:

The Prophet Joseph Smith gave us some examples illustrative of the above passage. First, let us examine what he said about King David. Joseph explained that David did not commit the unpardonable sin when he committed adultery with Bathsheba, nor, more grievously, when he engineered the murder of Bathsheba’s husband, Uriah, notwithstanding he had received such light and love from the Lord before doing these heinous sins. Joseph observed that David still had the striving Spirit within to forsake sin (D&C 93: [36–39]). True, it would have been better for him to repent because of the word of the Lord that had been in him, rather than being compelled to repent by the word of the Lord through the Prophet Nathan (see, Alma 34:14 [12–16]).

The Prophet further said in one of his sermons:

A murderer; for instance one that sheds innocent Blood cannot have forgiveness, David sought repentance at the hand of God carefully with tears, but he could ownly get it through Hell, he got a promise that his soul should not be left in Hell, Although David was a King he never did obtain the spirit & power of Elijah & the fulness of the Priesthood, & the priesthood that he received & the throne & kingdom of David is to be taken from him & given to another by the name of David in the last days, raised up out of his linage (Words of Joseph Smith, 10 March 1844).

David did not entirely lose his light, and he sought repentance for his adultery and murder of malice-aforethought. His repentance of sin was sincere and complete, but though he received assurance of eventual pardoning, he would not be released from hell until after the end of the Millennium. Thus, his promise of pardoning did not exclude him from lengthy mortal and eternal consequences (see, 2 Samuel 12:7–19 [11:1–12:19]; Psalms 51; Acts 2:25–36; D&C 132:39).

Unlike David, however, even though Cain had been offered an escape from the title of Perdition that the Lord warned would put upon him if he continued in his unrighteousness—“If thou doest well, thou shalt be accepted”—yet Cain acted contrary to the Spirit and sealed his fate in consequence of his murdering his brother Abel (Moses 5:23, 32–39 [16–41]). Likewise, those who follow in apostasy as Cain exhibited will become his sons—sons of Perdition.

The eventual fate of this class of Father’s children is not only described in the Vision of D&C 76, cited above, but ten months later when the Lord followed up on this doctrine in the “Olive Leaf” revelation, he said:

And they who remain shall also be quickened; nevertheless, they shall return again to their own place, to enjoy that which they are willing to receive, because they were not willing to enjoy that which they might have received. For what doth it profit a man if a gift is bestowed upon him, and he receive not the gift? Behold, he rejoices not in that which is given unto him, neither rejoices in him who is the giver of the gift (D&C 88:24–33).

Thus, the sons of perdition are the most ungrateful people in the universe: for they will not accept even the least degree of glory of the least kingdom. So while the last sentence of this scripture (D&C 88:33)  is a wonderful statement that may be taken completely out of context at Thanksgiving time to illustrate the principle of gratitude, yet, in context, it shows that there are those who will completely abandon what they had when they had the Spirit in a fulness, and then, by transgression and choosing to follow Satan rather than God, could not stand the contradictions of what they knew before and only being worthy of a kingdom completely absent of glory.

And again, verily I say unto you, that which is governed by law is also preserved by law and perfected and sanctified by the same. That which breaketh a law, and abideth not by law, but seeketh to become a law unto itself, and willeth to abide in sin, and altogether abideth in sin, cannot be sanctified by law, neither by mercy, justice, nor judgment. Therefore, they must remain filthy still.

So in 1832, Joseph Smith was taught there was part of space where there is no glory, and those with a fulness of ingratitude cannot assent to accept any modicum of God’s mercy.

When persons seek to cover their sins, eventually the Lord will say Amen to the blessings of the priesthood that have been conferred upon them. They are left to themselves: to “kick against the pricks, to persecute the Saints, and to fight against God” (D&C 121:37).  Prayer, deep and abiding study of the scriptures, including temple scripture, Sabbath observance, and magnifying the calling that was received as from the Lord through his appointed servants, will tend to inspire a Saint to “giv[e] all diligence, [and] add to . . . [their] faith virtue; and to virtue knowledge;  And to knowledge temperance; and to temperance patience; and to patience godliness; And to godliness brotherly kindness; and to brotherly kindness charity.” Then they receive the promise:  “For if these things be in you, and abound, they make [you that ye shall] neither [be] barren nor unfruitful in the knowledge of our Lord Jesus Christ.”  The opposite is as Peter continues: “But he that lacketh these things is blind, and cannot see afar off, and hath forgotten that he was purged from his old sins” (2 Peter 1:5–9, italics added). Peter returns to this subject once again in this epistle as he gives a final warning: “For if after they have escaped the pollutions of the world through the knowledge of the Lord and Saviour Jesus Christ, they are again entangled therein, and overcome, the latter end is worse with them than the beginning. For it had been better for them not to have known the way of righteousness, than, after they have known [it], to turn from the holy commandment delivered unto them. But it is happened unto them according to the true proverb, The dog [is] turned to his own vomit again; and the sow that was washed to her wallowing in the mire” (2 Peter 2:20–22).

God grant within us the Spirit’s striving impulse to remain true and faithful forever. May we always be found seeking the fulness of gratitude in all we do: that not of ourselves, but by the Lord’s Atonement, we may worship at the Lord’s feet and cry out, “Worthy is the Lamb” (Revelation 5:12). That we will deny any degree of ingratitude, let alone a fulness of ingratitude as is the case of the sons of perdition.