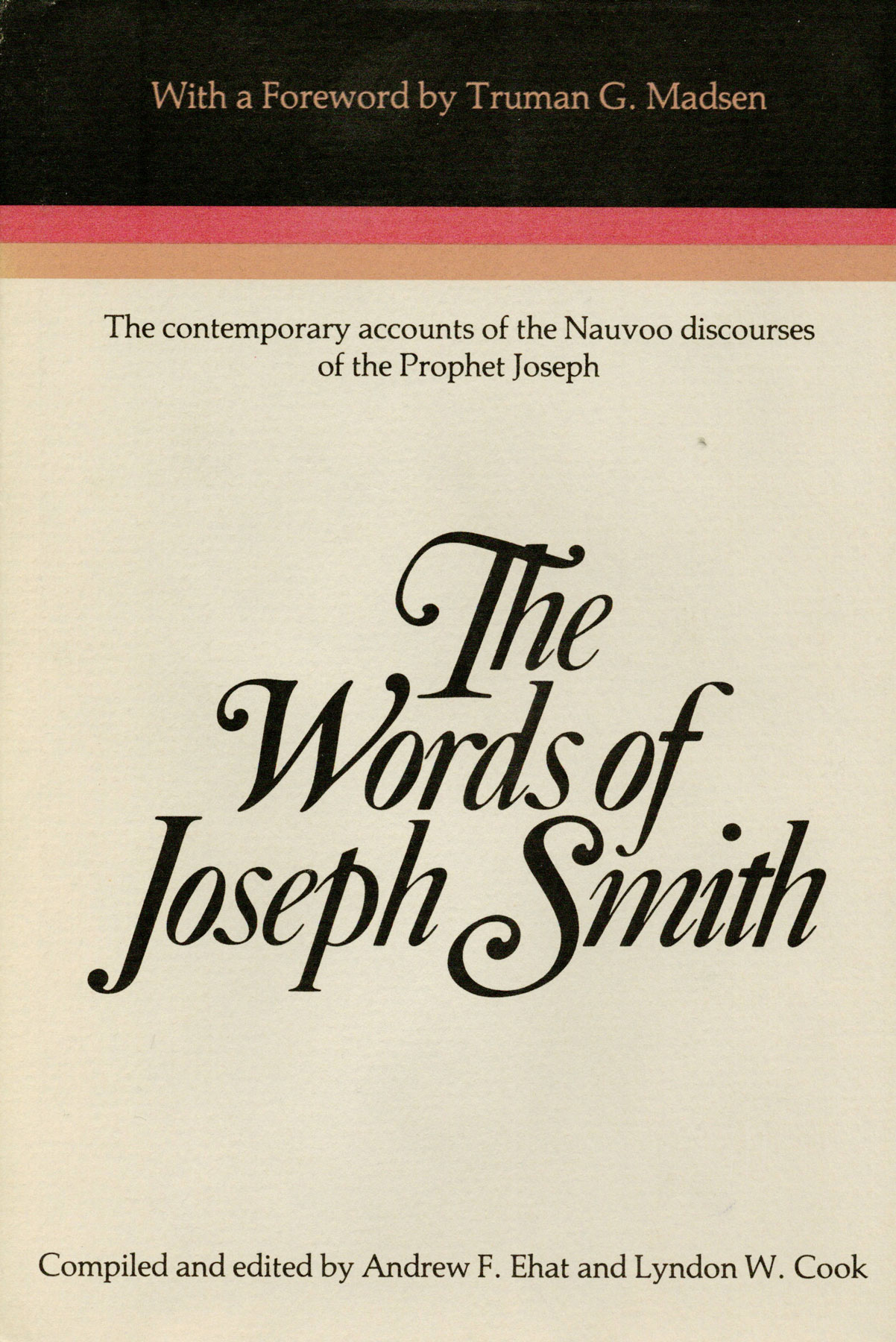 What did Joseph Smith teach? The attempt to answer usually leads Latter-day Saints to three publications: the written revelations of the Doctrine and Covenants and The Pearl of Great Price; the 7-volume History of the Church, and the compilation Teachings of the Prophet Joseph Smith, edited by Joseph Fielding Smith. But most of these documents are based on the journals, diaries, and notebooks of those who surrounded the Prophet. Some were appointed by him to fulfill the commission: "There shall be a record kept" (D&C 21). Some were making private notes for their own use.

Here for the first time in church literature, presented with almost photographic fidelity, are the original sources of all the discourses of Joseph Smith delivered during his climactic five years in Nauvoo. These discourses not only shed light on the standard works; they also provide teachings beyond the scope of those heretofore published.

The greatly expanded, The Words of Joseph Smith: The Prophet’s Teachings from the Earliest Manuscripts, is scheduled for publication in 2018. As the subtitle suggests, it will no longer simply consist of his Nauvoo sermons: it will now feature the most comprehensive, annotated, and accurate collection of doctrine as revealed through him ever published. Many new features of this title will appear for the first time.